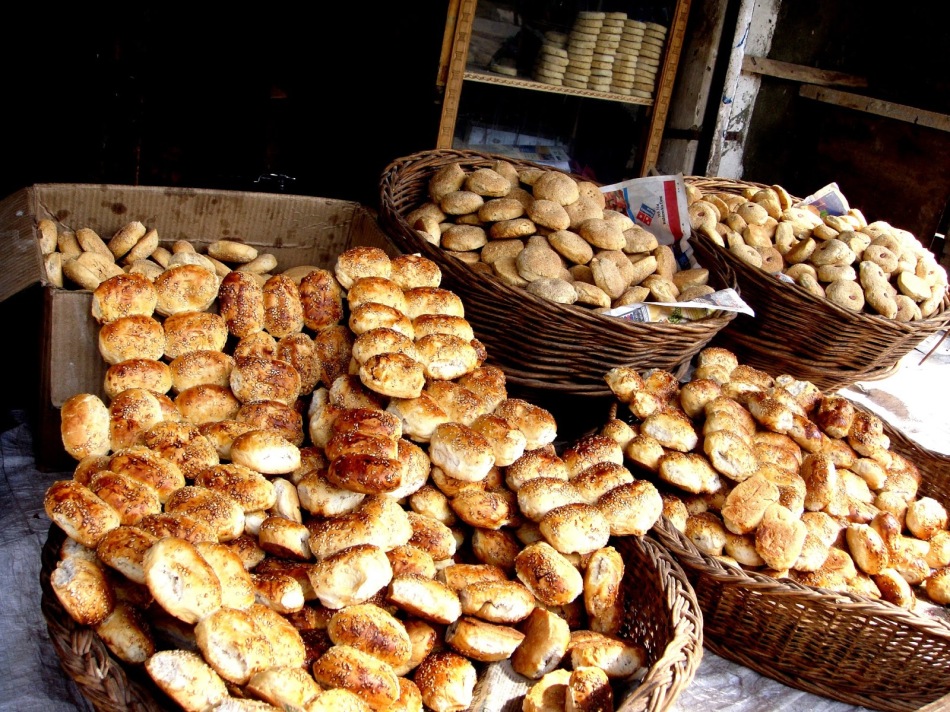 Haji Bashir, or “ustad” as everyone in the market calls him, has been running a naan shop near Rawalpindi’s Banni chowk for over 40 years. For as long as he can remember, he has baked and sold “Kashmiri kulcha” at the shop.

The Kashmiri kulcha is a round, salty, and biscuit-like snack. It’s a popular breakfast item in Azad Kashmir and parts of Khyber-Pakhtunkhwa closer to Kashmir such as Mansehra and Abbottabad. There, people eat it with tea in the mornings and there are shops which bake and sell the kulcha exclusively.

In Rawalpindi, it’s usually regular naan shops which bake kulchas as a side business and the scale and extent of their kulcha operations aren’t as fancy as in Azad Kashmir.

But Bashir, who is from the Bagh district of Azad Kashmir himself, knows first hand that people belonging to Kashmir and the northern areas, who have moved and settled in Rawalpindi, are always in search of their favorite snack and his shop is one of the places they visit to get their fix.

“Mostly Kashmiris and Gilgitis buy these kulchas, but some locals have also acquired a taste for them,” Bashir says.

Sometimes people visiting from abroad buy the kulchas to take them along on their way out of the country, says Amjad Qazi, Bashir’s apprentice at the shop. It’s because the kulcha stands the test of time, unlike other bakery products.

“The kulchas don’t go bad because they are dry,” Qazi, who is originally from Muzaffarabad, says. “They can be stored for months.”

Across the road from Bashir’s naan shop, there’s a one-room shop with no signboard up top to identify it. But there’s a small, old glass showcase perched on top of a white table at the shop’s front. The showcase is filled with Kashmiri kulchas.

At the back of the shop near the clay oven or tandoor, Muhammad Zada is busy making dough for naan. He says he started baking the kulcha two years ago.

“The naan, roti business is not too good in this area, so I started this on the side,” Zada says. Like Bashir, Zada says his customers are mostly people from areas where the snacks are consumed regularly. But he also identifies an interesting category of clients.

“Diabetic patients buy and eat the kulchas very often because the kulchas don’t have sugar in them,” he says.

Still, the customer base is limited and so is the supply. Bashir bakes a batch of around 10 dozen kulchas every day. Zada prepares even less: around 6 dozen.

“Sometimes customers come and buy two or three dozen kulchas in one go, then I prepare a new batch,” he says.

But that doesn’t happen too often, he says. Also, at Rs120 per dozen, the rate is almost double that of the same product in Azad Kashmir.

Zada says he learned the baking recipe for the kulcha from an expert, or a “karigar.” That’s because the process of baking the kulchas is quite different from baking ordinary naan and roti. Rather it resembles work done at bakeries.

The kulchas are prepared in a regular tandoor, used for baking naan and roti, but the process is time-consuming and requires effort, Bashir says.

First, the tandoor is pre-heated. Then the gas is cut off. The dough is put in the tandoor, covered and left to bake for three hours. The time aspect means regular tandoors cannot bake the kulchas during peak lunch and dinner hours.

At Bashir’s naan shop, the kulchas are baked from 5 pm onwards. Even the dough is prepared differently. “It’s a completely different recipe. Unlike ordinary naan and roti, there’s no water involved in preparing the dough,” Zada says. “The ghee does all the baking.”

The kulchas might never achieve widespread popularity in Rawalpindi perhaps due to competition from the traditional Punjabi breakfast, but naan shops like Bashir’s and Zada’s make sure enthusiasts of the snack in Rawalpindi are not disappointed. 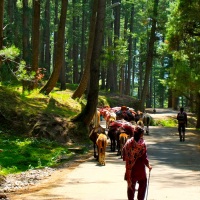