With the tourist season just around the corner, some of the most frequented and scenic spots in Azad Kashmir are attracting a different kind of attention. Seasonal vendors and operators of roadside establishments have been swarming along roads that lead to picnic spots on the Jhelum and Neelum rivers.

The ride up from Muzaffarabad to Chakothi, Kohala and upper Neelum valley is one of adventure with scenic views of the valleys and high mountains around with raging rivers below. But visitors have been complaining of traffic jams because of narrow passageways. 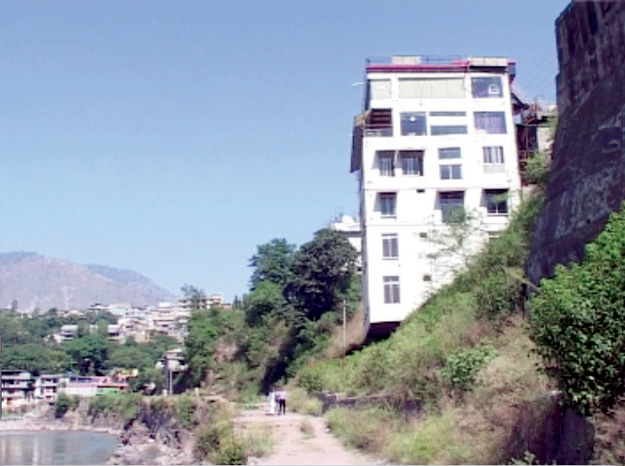 Makeshift structures and stalls by roadside vendors crop up at every three kilometres along the roads connecting the Jhelum and Neelum valleys. Such encroachments not only violate all road safety rules and building by-laws but also cause traffic congestion when visitors stop at these establishments.

Instead of pristine hillsides, the roads leading to the Jhelum and Neelum rivers are now lined with eyesores of shops and other structures which encroach on road space. The Muzaffarabad Municipal Corporation (MMC) and the Muzaffarabad Development Authority (MDA), however, has failed to take action against these encroachers.

“Half of the Jhelum Valley area falls in the constituency of AJK Prime Minister Raja Farooq Haider who often visits the area. But he has never directed the relevant civic bodies to take action against encroachers,” noted a Muzaffarabad resident. 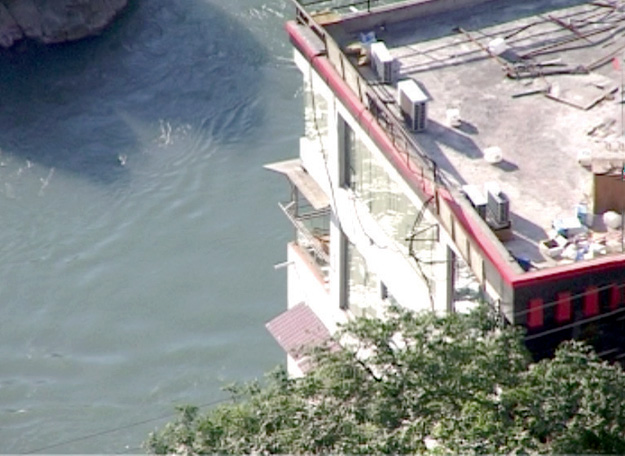 The story is similar along the 32 km-long Kohala road where unregulated construction has been cropping up almost at will. “The encroachers and the people constructing structures along the Jhelum valley and Kohala roads have political backing and support from some powerful tribes who do not care about the law,” claimed an official of the MMC while requesting that his name should not be mentioned. “If we go to take action [against encroachment] we receive instructions from some influential political figures of the region to not to touch the structures. And If we do, then within hours we would be suspended,” the official further stated.

Moreover, the MMC official further claimed that officials of the civic bodies cannot even issue warning letters to any of the encroachers in Muzaffarabad without express permission from the senior government or party officials. “In AJK institutions are employment factories for the ruling elite and some influential tribes.  Whatever they want to do, either legal or illegal, they do it for their personal benefit,” the official of the civic body said.

“Law is for poor in AJK who have no say. If sometimes they need to implement the law they implement it on the voiceless.” Repeated attempts to contact the government of AJK Tourism Minister Mushtaq Minhas were in vain as his phone was non-responsive. Other top government officials also refused to speak on the matter.

The article was first published here in The Express Tribune.

0 comments on “Exploitation of tourist spots in Azad Kashmir”