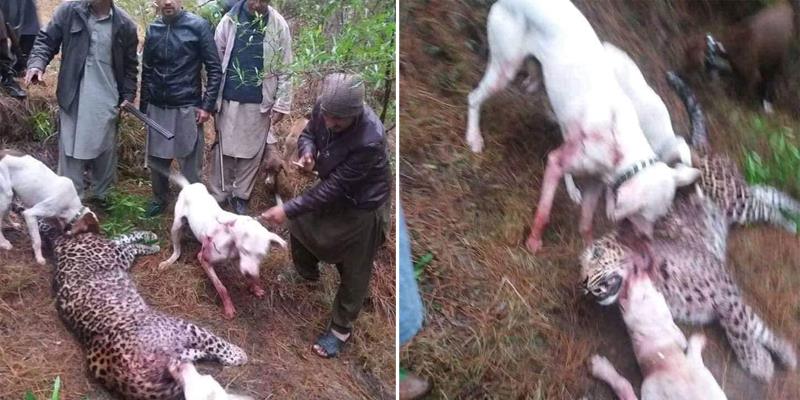 Out of fear of attack by a wild animal, the villagers killed a rare species of leopard known as Panthera Pardus in self-defense in Azad Kashmir. According to details reported in local media, the whole village was terrorized to witness a leopard, roaming freely in the area. Dozens of villagers started chasing the wild animal after it attacked a goat in the area.

Soon after, they tracked the leopard in a nearby forest and killed him on the spot with the help of hounds. The residents believed that the leopard descended on their settlement from thick forests in the area. The community regularly complains about the lack of arrangements by the official agencies that are responsible for the safety of people against wild animals.

The red list of ‘threatened species’ compiled by the International Union for the Conservation of Nature (IUCN) classifies Panthera Pardus as a “near threatened” species.
The species is found in the mountains of Kashmir, the Murree hills and parts of Khyber Pakhtunkhwa (KP) in Pakistan.
According to the Wildlife Department of the region, uncertain weather and constant human pressure on forests had badly affected the natural habitat. They came out of their natural habitat and roam around freely in populated places in search of food sources.

Leopard, one of the most beautiful and brave animals,  can be seen in national parks throughout Asia and Africa.  Leopards are often captured for the pet trade and are targeted by trophy hunters as well.  However, sometimes they become the target of human barbarism due to personal safety concerns. People kill them in self defense without knowing that they are killing one of the most threatened species of the animal kingdom.

There are nine subspecies o 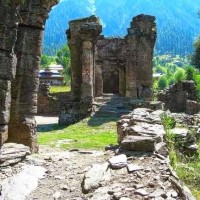