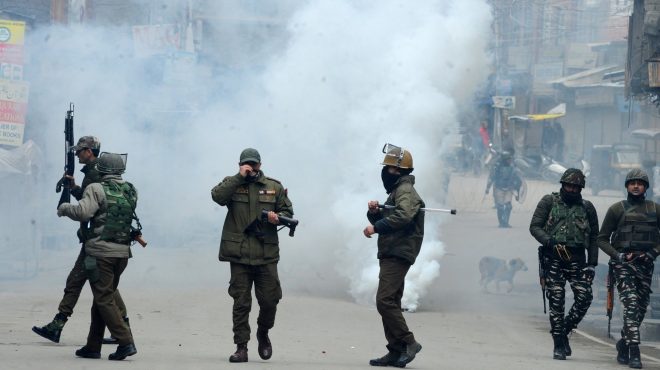 A brief look back in history makes it evident that Kashmir’s oppression and colonial exploitation started long before the formation of modern India. Ever since its annexation by the Mughal empire in 1589 AD, Kashmir has never been ruled by Kashmiris themselves. After the Mughals, the region was ruled by the Afghans (1753-1819), Sikhs (1819-46), and the Dogras (1846-1947) until the Indian and Pakistani states took over.

The Mughals, who did nothing to alleviate the region’s poverty or help it fight famines, instead built hundreds of gardens in Kashmir, converting it into a luxurious summer refuge for the rich. The Afghans not only sent Kashmiri people to Afghanistan as slaves, but also imposed extortionate taxes on the region’s famed shawl weavers, causing the shawl industry to shrink in size. Next came the Sikhs, who, according to the British explorer William Moorcroft, treated the Kashmiris “little better than cattle”.

The discrimination Kashmir’s Muslim majority is still facing to this day also came to the fore for the first time during the Sikh rule. Back then, the murder of a native by a Sikh was punished with a fine of 16 to 20 Kashmiri rupees to the government, of which 4 rupees would go to the family of the deceased if the victim is a Hindu, and only 2 rupees if the deceased is a Muslim.

And in 1846, when the British East India Company defeated the Sikh Empire in the first Anglo-Sikh war, Kashmir was sold to the Dogras as if it was not the home of millions of people but just a “commodity”. Gulab Singh, a Dogra, who served as the ruler of Jammu in the Sikh Empire, chose to side with the British in the Anglo-Sikh war. After the war, the East India Company “sold” Kashmir to Gulab Singh for a lump sum of 7.5 million rupees to reward his loyalty.

iThere are no comments