At least 5 people were killed in the Muzaffarabad region of Pakistan-administered Kashmir during a sudden escalation along the Line of Control. Dozens of civilians have also been reported as injured in cross-border shelling between India and Pakistan. Various media outlets have reported heavy losses to livestock, property and belongings of the residents in affected areas and termed it as the deadliest day of the year.

Pakistan summoned a senior Indian diplomat to protest against the killings. A day earlier, at least one Pakistani civilian, was killed due to Indian shelling.  This is not the first occasion when Pakistan accused Indian forces of resorting to what it denounced as “unprovoked and indiscriminate” artillery and heavy mortar shelling against both army and civilian populations in various sectors along the LoC. The plainly worded statements issued on such occasions routinely express condemnation in preconceived jargon. “A befitting reply” has been given to Indian troops, inflicting “substantial losses” on them.

Indian army made similar statement alleging Pakistan for opening the fire, killing Indian soldiers and inflicting injuries to both military and civilians. “Suspicious movement was observed by Indian army alert troops at forward posts along LoC. … This was accompanied by unprovoked cease-fire violations by Pakistan in multiple sectors. Infiltration bid was foiled’’.

Pakistan also rejects Indian allegations its troops provide cover to militant infiltration to fuel violence in Kashmir, saying the charges are meant to distract world attention from alleged human rights abuses Indian forces are inflicting on Kashmiris. Both countries claim the disputed mountainous territory of Kashmir in full, but administer separate portions of it. They have fought two of their three wars over the region since gaining independence from the British in 1947.

0 comments on “5 killed, 28 injured in Neelum and Leepa valleys of Kashmir” 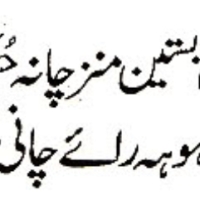