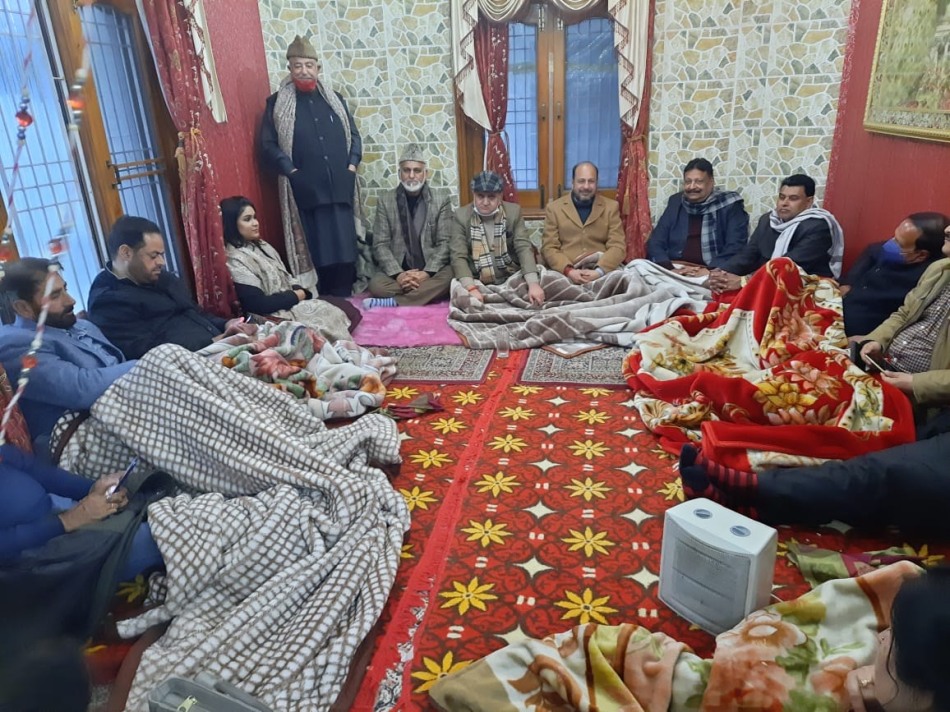 Jammu ( 29 Jan ) The apathy of the Government coupled with the prevailing harsh wintry conditions in the Union Territory have caused immense hardships to the people due to absence of basic amenities. The farmers who are currently at the receiving end due to wrong policies of the Centre, and the general public are the worst sufferers as while their problems are surmounting whereas the redressal mechanism has been found wanting.

Deliberating on the prevailing social and political conditions in Jammu and Kashmir in a meeting held here on Saturday, senior Congress leaders expressed shock that while people’s cry for help has become more shriller due to heavy snowfall in hilly areas and severe cold conditions in the plains, both the Lt Governor’s administration and the ruling BJP has preferred to look the other way. They described the ground situation as serious warranting immediate direct intervention by Lt Governor Mr Manoj Sinha.

The leaders expressed their wholehearted support to the farmers currently protesting on roads against the three black-farm laws brought by the Centre which are detrimental not only to their basic rights but threaten the avocation of farming as a whole. They demanded that the laws should be repealed immediately as these are against the interests of the farmers. ” The situation is no different on this front in Jammu and Kashmir as the farmers already harassed by the administration’s neglect and harsh wintry conditions that have hit the agriculture/horticulture sector hard, are troubled by these farm laws as well,” they observed.

The senior Congress leaders including former Ministers, legislators and members of AICC wondered why the people were being deprived of the facility of 4G spectrum when they have been forced to work from home due to corona conditions. The students are the worst sufferers as their studies and academic work is directly affected in the absence of a proper internet service and that too when the Prime Minister was laying thrust on digital mode of working.

Recounting the good work done by the previous Congress governments for the welfare of the people, the leaders wondered whether the current ruling dispensations focus on symbolism and hollow sloganeering accompanied by hyped nationalism would help either the country or people in any manner.