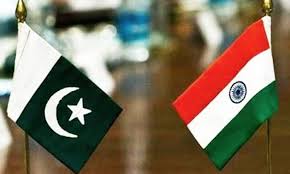 Since India and Pakistan have finally embarked on the path of reconciliation and dialogue, it is time to reflect upon and identify the major roadblocks which have the potential to hinder forward movement once again.

These hurdles include: a top-down approach, limited infrastructure for peace-building and, more importantly, the absence of Kashmiri representation and limited support of all the stakeholders. It is a sad reality that, despite periodic engagement in dialogue, both India and Pakistan have remained unable to yield any tangible results, particularly in the context of the Kashmir dispute and Siachen.

In the present circumstances, it is imperative to find the key entry points which might help both countries initiate a continuous, uninterrupted and insulated dialogue process, ensuring the involvement of all stakeholders in the process including the political and civil society representatives.

A major obstacle is the tendency of a top-down approach. Most of the time, the top leadership initiates talks which is a top-down approach, with its own limitations. The civil-military bureaucracy plays a vital role in constructing the contours of the dialogue process which is conservative in terms of generating fresh thinking and is also averse to new ideas for the engagements. A well thought-out and properly structured peace process, involving citizens and multi-layer stakeholders, has not been formulated so far.

Additionally, seven decades-long acrimonies and rifts among the leaders resulted in the creation of some permanent infrastructures meant to undermine and compete with each other at the diplomatic level for economic gains.

Secondly, the institutional structures for the peace process have not been created so far; these could have served as a platform for dialogue and cooperation. Instead of creating institutions to promote dialogue and reconciliation, prevent conflict and enable mediation; heavy investment is made to prevent each other’s socio-political growth and damage international standing.

Third, several accounts acknowledged the significant role played by the secret backchannel set up by the two governments to resolve contentious issues and find a common ground for the settlement of the Kashmir issue during 2004-2008. However, the delay in the pronouncement of what was agreed on made it redundant as the altered political environment in both countries made it infeasible to make things public.

Fourth, several dialogues and even summit meetings hit a dead end quickly because these were not mutually planned and well-designed, and there was no strategy to contain backlash in case of failure. Conversely, both New Delhi and Islamabad tried to outmaneuver each other at all meetings instead of focusing on resolving the contentious issues. Regrettably, politics was played to address the domestic audience and larger regional interests were conveniently compromised.

For instance, in July 2009, on the side-lines of a Non-Aligned Movement summit in the Egyptian resort of Sharm el-Sheikh, then Indian PM Manmohan Singh acknowledged Pakistan’s apprehension about alleged Indian involvement in insurgency reported in Balochistan. Likewise, in July 2015; the prime ministers of India and Pakistan, on the side-lines of the Shanghai Cooperation Organization summit in the Russian city of Ufa, issued a joint statement which outlined the future course of action to normalize bilateral relations; they mentioned that both sides should strive to combat terrorism. Pakistani media and politicians accused the then PM Nawaz Sharif of accepting Indian terms by including the term ‘terrorism’ in the joint statement, without mentioning Kashmir in particular.

Almost all the meetings of the Indian and Pakistani leaders are intensely followed by their respective media which largely promotes the traditional narrative, often led by ex-government officials who are generally driven by the popularity syndrome instead of balanced thinking. The media has thus made it virtually impossible for the political leadership to think creatively to find new ways of engagement. In this background, both countries have to carefully manage their domestic media, besides ensuring solid support from the opposition parties.

Last but not least, since the LoC ceasefire implemented on February 25, Kashmir has not witnessed any respite in violence or state-led repression. Thousands of Kashmiris are still in jails or under house arrest despite the growing danger of the Covid-19 pandemic.

The dialogue process between India and Pakistan cannot yield the desired results unless the Kashmir Valley witnesses some noticeable changes such as the release of prisoners, exercising zero tolerance to human rights violations and creating space for political activities run by people with all shades of political attachments and opinions.

The writer is a freelance contributor.

iThere are no comments