Until March 2020, Italy was the most affected country outside China due to pandemic covid-19.

The death rate due to the pandemic during February-March 2020 was 45% and the number of deaths per day exceeded 800 by the end of March.

To reduce the spread of pandemic, Italy enforced a strict lockdown on March 9. Life seemed to be halted due to the containment measures. The roads, streets, shopping centres, hotels, tourism etc. all activities stopped at once.

The pandemic was not only a health emergency; it was a huge economic recession as well. Steep fall in business means similar fall in the earnings of individuals and in revenues of the government.

This was certainly a crisis in Italy with no example in the recent past. The GDP of Italy dropped by 18% in the first half of 2020. People needed relief without any work despite a huge fall in the government revenues.

Coming out of the crisis was certainly a great challenge. The entire world was suffering from the same problem with different levels of intensity. No one from the outer world could come to help the country, and the domestic revenues were not sufficient.

Italy was continuously running a deficit budget for the past 20 years and the average budget deficit during the two decades had been more than 2% per year.

How can the country manage resources to run the normal routine of life during such a crisis? But over and above the normal government spending, Italy provided an unimaginably generous package to its citizens. On March 15, Italy adopted a package of €55 billion (3.5%of GDP).

On March 17, the government added a package of €27 billion. On August 8, the government added €12 billion, on October 27, they added €4.5 billion including all these, the fiscal stimulus reached to about €100 billion. Many of the developing nations responded to the pandemic in the same way. Brazil has the third largest number of covid victims in the world.

The economy of Brazil shrank by about 10% in the first half of 2020. Brazil was also running with a fiscal deficit for the last two decades, and had a deficit of 6% in 2019.

Responding to the pandemic, Brazil extended a fiscal stimulus amounting to about 12% of their GDP.

The fiscal measures included heath spending, income support to vulnerable households, one month bonus pension for retirees, advance salaries and bonuses for the low income workers, partial compensation for the furloughed workers, tax deferrals and tax reductions, lower taxes and import levies on essential medical supplies, and new transfers from the federal to state governments as cushion against the expected fall in revenues.

Government has backed over 1 percent of GDP in credit lines to SMEs and micro-businesses to cover payroll costs, working capital and investment. On the other hand, the policy rate was reduced to historic low at 2%.

Like Italy, Brazil has been running a deficit budget since very long, so in a conventional sense, it was impossible to manage resources for such huge packages.

But the two countries expanded huge fiscal stimulus and succeeded to bring their economies out of the financial crunch.

How did these countries manage resources for the packages? The answer lies in monetary sovereignty.

The key to revive the economy was out of the way support to the businesses, maintaining the consumption in the economy by huge fiscal stimuli, providing enough liquidity to the financial system for onward transfer to businesses.

Not only had these two countries, many developing and developed countries responded to the pandemic on the same pattern.

On the contrary, the authorities in Pakistan adapted exactly the opposite way to deal with the financial crunch.

When the present government took charge, the borrowing from SBP was over 5300 billion and despite the financial crunch, the government borrowed from commercial banks to retire the SBP debt.

In Feb 2020, the borrowing of the government from SBP was about 300 billion which means the government borrowed 5 trillion from commercial banks to repay to SBP.

The entire world responded to the pandemic by reducing the policy rate but in Pakistan, the policy rate today is higher from the level inherited by the present government.

The two actions, maintaining the high policy rate and restriction on borrowing from SBP are justified in the name of inflation targeting.

It is said that reduction in interest rate and the borrowing from central banks each of the two actions brings inflation.

Therefore, the anti-business actions are actually the attempt by the SBP-government nexus to control inflation, but the two actions happened to be counterproductive and inflation today is higher than the inflation inherited by the present government.

In fact, the myths that borrowing from the central bank is necessarily inflationary and that the reduction in interest rate brings inflation are found false in the entire world including developing and developed countries.

For example, Brazil reduced policy rate from 14% to 2% during the period 2017-20. The myth says that the results should be higher inflation in Brazil, but actually the inflation today is much lower than the level of 2017.

The recessions are not the periods of austerity and contractions. The recessions must be reversed by increased government spending, reduced cost of borrowing for the businesses and enhanced liquidity for the private businesses.

This is the time for the government to rely on the central banks for financing the fall in revenues and to ask the commercial banks to find their profits by financing the public.

The government is such a huge borrower that the banks have absolutely no attraction in financing the private sector.

There is a need to take the steps that banks find the investment in government securities to be unattractive, so that they are motivated to find their clients in the private sector.

We need to adopt the policy of Italy that everyone willing to do business should be provided with required liquidity and the government needs to provide guarantee on these loans so that banks can forward loans without worrying about collateral. 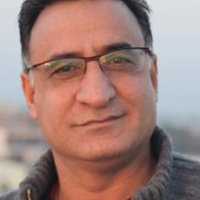 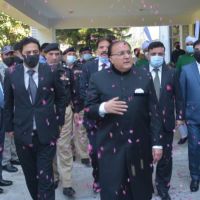 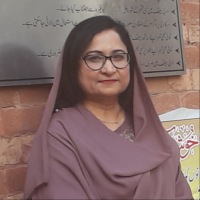